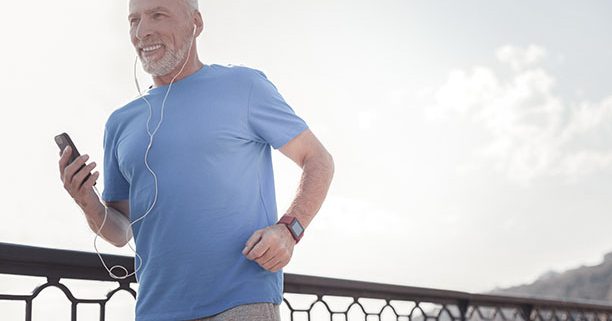 This article originally appeared in The Australian

Google the term “over-55s” and up will pop the most confronting schedule of material that any baby-boomer could imagine. Apparently, the Over-55s is now a thing, a grab-bag, that encompasses everyone and everything that sweeps forth from the virtual end of the working life to, well, the great abyss.

I am sure that the term Over-55s was dreamt up by a young marketing consultant (where young is defined as under 40), who from the vantage point of youth regards anyone over the age of 55 as being part of the same great amorphous mass of aged and irrelevant humanity.

Now I do get this. That young marketing consultant is trying to upsell the market for banking or housing or holidays and so by reaching down into the 50s they are able to appeal to a wider potential market.

One of the truly offensive ­pieces that Googling “over-55s” throws up — and I use that term advisedly — is a call-out to any over 50s who may be interested in retirement homes! I mean, if you’re aged 30 then I suppose 50 looks ripe for retirement and as for the 55-and-over set, well, they’ve pretty much already checked out, right? Wrong!

The over-55 universe is a bit like the deepest depths of the ­Pacific Ocean: from the surface it all looks the same. But send down a camera and a searchlight and a bright and colourful and fecund world is exposed that is hidden from anyone living on the surface.

Let me tell you about some of the life forms that exist in the world of the over-55s.

There’s the 55-to-62 Super Savers who are still working and, like busy bees, they’re storing as much as they can into their superannuation hidey holes. There’s 2.4 million Australians in this age group now, or close to 10 per cent of the population, and within a decade there’ll be another 8 per cent or so.

Super Savers is the life form that emerges soon after turning 50 when all of a sudden it occurs to Australians that perhaps they should check their superannuation balance. What follows next is technically called Super Shock Syndrome where workers, couples and singles in their early 50s suddenly realise that they haven’t put enough away to live a comfortable retirement.

The characteristics of Super Savers are on display for all to see. They take a vital interest in the subject of superannuation; they know who does and who doesn’t have a defined benefits scheme; they are tormented daily by one of later-life’s greatest conundrums: how much super is enough super? Sadly, it isn’t until later in life that they realise the answer. No amount of super is enough super.

And then there’s the 63-69 Downshifting Cruisers who have begun the transition to what we now call retirement but by the mid-2020s we will call the lifestyle stage of the life cycle. Downshifting Cruisers get their name from their various pastimes and obsessions. Downshifting is what happens when the kids leave home — finally — and the house seems empty and always in need of maintenance.

Although it must be said that downshifting to a smart apartment or a townhouse cannot occur until two preconditions are met: first, that the kids have finally collected all their stuff that has been stored at mum and dad’s including kayaks and bikes; and, second, that parents finally accept that it’s time to let go of the expansive garden where the kids’ pets are buried. It’s an emotional and existential transition that the young might find difficult to understand.

The second part of this lot’s nickname comes from their predilection for cruising. Not that they find cruising particularly enjoyable, it’s more that no self-respecting 60-something can “do lunch” without discussing their recent cruise or their forthcoming cruise. For your information there are 1.761 million Australians in the Downshifting Cruiser stage of the life cycle, but this will increase to 2.058 million within a decade.

And then we come to the largest, to the most interesting, to perhaps the best time in the life cycle, and that is the 70-79 Grandparent Helper whose entire existence is devoted to the care for, to the admiration of, to the enjoyment of, to the bragging about, their grandchildren. Let’s not hold back here; let it all come out. Those grandchildren of yours are the cutest, the cleverest, the most telegenic and are no doubt on track to become the most successful personages, like, ever! I mean, who in the Grandparent Helper circle is going to disagree?

The GPH segment as it is sometimes known is the largest single segment of the over-55s life form. It now comprises 1.791 million Australians and will rise to 2.388 million within a decade, which reflects net growth of 33 per cent.

All those millennial children of baby-boomers, all this decade’s uber-groovy 20-something inner-city hipsters, are propelled by life’s ageing into their 30s and 40s and thus producing children in the 2020s. And so these children of the millennials are therefore the grandchildren of the ever-so-slightly-given-to-bragging baby-boomers. I am sure this great “grandparentification” movement of the coming decade will be in equal measure both insufferable and delightful. Is there nothing in life as sweet and as sublime as the delight of a grandparent peacefully holding their grandchild?

From the active grandparenting 70s there’s the 80-to-87 Legacy Shapers who are often individuals who have lost partners, usually husbands, within the past decade. Here are the keepers of the family’s corporate memory; here are the connection points between the last century and the next; here is a group less inclined to travel but even more inclined to make every day matter. Spirituality becomes important. Helping kids through troubled 40-something relationships can be important; retaining connection with adult grandchildren can be difficult. Time and technology have moved on and there’s fewer people to offer support to the Legacy Shapers.

And then there are health and wellbeing issues. If ever there was a time when family needs to step up and lean in, it is now. And often it is not so much the immediate family but in fact it can be a daughter-in-law who steps up and accepts the responsibility to connect on a daily basis. Here are 708,000 Australians today set to rise by 63 per cent within a decade; that’s a lot of work for millennial daughters-in-law.

And, finally, there’s the 88-and-over Reflectors, otherwise known as the frail elderly, some of whom proudly live independently but many of whom require assistance. Here are 308,000 Australians today rising to 409,000 within a decade.

And so, you see, young marketing consultants, there is a rich and colourful life form that exists in the deepest crevices of the great amorphous ocean that you see stretching out beyond 50 and beyond 55. And rest assured that time and tide will eventually carry you forth to such a place. Such is the grand circle and sea of life.

It’s time to rethink retirement for an ageing population