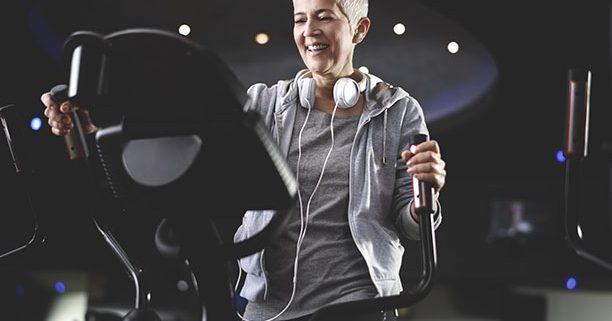 It was the Greek philosopher Heraclitus who noted that change is the only constant in life. And yet, more than 2500 years later, most of us still have an uneasy relationship with the concept. We know what we like and we like what we know. We dream of difference but take great comfort in familiarity.

For those approaching retirement age, his words serve as a timely reminder. And it’s often the unexpected nature of change that makes it so unsettling. This is partly because people aren’t generally very good at looking forward. That’s true when we’re 18 years old and it’s still true when we get to 80.

We have a long time to idealise retirement during our working years and the reality is sometimes very different to those expectations. We know there are distinct differences between what people think they want in retirement and how things pan out when they get there. Leading up to retirement there’s often a lot of talk about travelling, studying or learning a new language but then there are unanticipated issues.

Most of us have a magic number in mind when we think about the age at which we’re going to retire, which of course assumes we can control it. And yet we know from the MLC Australian Wealth Behaviour Survey that one in two Australians retires earlier than they had planned to. Sometimes health issues get in the way, some people lose their job and find it difficult to get another one, and a range of other reasons also have an impact. Once they do retire, some people still have parents to care for, others still have financial responsibility for their children or are still paying off a mortgage.

The pre-retirement dream of renting a chateau in the south of France becomes less realistic for some and less appealing for many others. Most simply don’t want to move far at all in retirement and are often reluctant to leave their current home.

And yet, despite the uncertainty and often unexpected nature of change, the NAB Australian Wellbeing Report shows that levels of wellbeing increase as people get older. They won’t have achieved some of the things they’d hoped for, but they’ve readjusted expectations and are generally comfortable with their lot in life. Finances are still an issue, and we know their home is still an incredibly important factor, but non-financial considerations like relationships, local community and mental health become more significant drivers of wellbeing.

The Wealth Behaviour Survey also shows that financial anxiety is highest among people approaching retirement age. Those aged 55-69 are most likely to worry that they won’t have enough funds to support a comfortable lifestyle into older age. And yet, somewhat counter-intuitively, they’re also less proactive in doing anything about it. This inaction suggests one of two things – either they feel unable to do anything or simply don’t know how.

Even among those aged 70-84, the Wealth Behaviour Survey shows that 14 per cent simply don’t know whether they will have enough funds to support their chosen lifestyle for the rest of their days. This uncertainty breeds anxiety. Behavioural economics tells us that people who are uncertain will default to a negative position. In the absence of clear insight, they’ll presume things are going to get worse.

And of course there are macroeconomic factors fanning the flames. Heading into a federal election creates uncertainty, many people haven’t had a pay rise in a while and house prices continue to fall. This last point is particularly unsettling for those who hope to rely on their home as the key vehicle for supporting them financially.

Macroeconomic uncertainty is most likely the reason why the Wealth Behaviour Survey also shows more people investing in defensive assets – 29 per cent of those aged 55-69, up three percentage points from a year earlier, said they were investing in cash. Those aged 70-84 saw the same percentage-point rise to 33 per cent.

Coming back to Heraclitus, we can all be certain that retirement will bring change. But that’s not a reason to panic. Uncertainty is a reality of life, whatever your age or financial situation, but there are some things you can control and those are what you should focus on.

Whatever your personal situation, the most important decision you’ll make is the one to take that first step into planning your financial future. Getting the right financial advice will help you navigate the financial complexities of growing older. MLC realises more detailed age segmentation is key – it’s not good enough for the industry to consider the over-50s as an homogenous group.

We care deeply about superannuation and the opportunity for Australians to plan for and live well in retirement. We’re committed to higher professional standards including greater experience and more qualifications. And whatever your future holds, we want to help you make the best of it.

Seasonal patterns in shares – should we “sell in May and go away” and...

Rich and invisible lives of over-55s
Scroll to top