Total Wealth Management > Inhouse News > Worry, wellbeing and why more of us work later in life 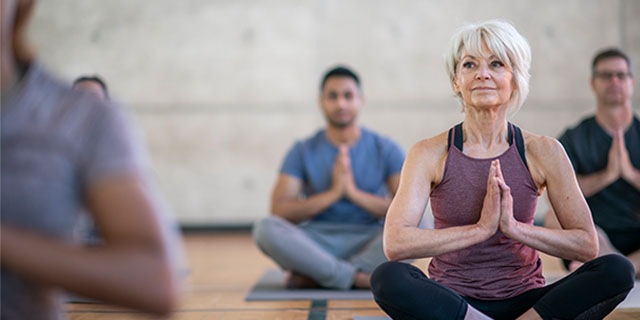 Ill health, job loss and family reasons mean one in two Australians will retire earlier than they anticipated. This is a now a well-established trend in MLC’s Wealth Behaviour Survey. But many more are staying in the workforce longer than previous generations.

That’s largely because pre-retirees, typically somewhere in the final decade of their working lives, feel less prepared for retirement than ever before. This is driven by fears of inflation and increased cost of living as well as the fact that people are living longer. Retirement for many people will be 30 years or more.

The gap between expected retirement income and the amount people expect they’ll need to live comfortably in retirement is on the rise. Property values are falling and most people like where they live, so they don’t want to cash in on this prized asset – only about one in 10 people in the MLC Wealth Behaviour Survey would sell the family home with a similar number prepared to use the equity.

So it’s no surprise that the number of Australians who plan to work past the retirement age is on the rise, with the need for greater financial security cited as the most important factor. One in five people in the MLC Wealth Behaviour Survey expects to work up to the age of 70, with one in 20 predicting they’ll be in the workforce past their 75th birthday.

But it’s not all about money because the survey data shows quite clearly that wealth means different things to different people. When we asked people what constitutes overall wealth and gave them the choice of ‘income’, ‘net worth’ or ‘lifestyle’, income was the most common response but almost as many people said lifestyle. These are the ‘lifestylers’ Bernard Salt has written about.

When we asked people what lifestyle wealth meant, the two aspects that came out were being debt free and having enough funds to feel confident about handling emergencies. But almost half of Australians don’t feel like they’ve done enough to achieve their wealth goals.

When we asked people to describe the sort of retirement they want, they used words like ‘relaxed’, ‘travelling’, ‘comfort’, ‘happiness’, ‘freedom’, ‘choice’, ‘flexibility’ and ‘health’. Only one in 20 people used words like ‘cash’, ‘money’, ‘house’, ‘rich’ or ‘wealthy’.

Not everybody considers working for longer because they want to have more money. For some, it’s about working because they enjoy it. Yes, some will work beyond the retirement age to accrue the funds they need to support a desired lifestyle, but others are motivated by wellbeing factors like perception of self-worth and regular interaction with other people.

Whether your motivation is primarily to boost your financial position or for wellbeing purposes, the good news is that structural changes to the world of work are creating a raft of new opportunities. The sharing economy means you can now get paid for driving people around after a lifetime of being a free taxi service for the kids and grandkids. And if you have an investment property, or even a spare room, there’s an opportunity to spend a few hours a week keeping it in shape for short-term rentals.

Then there’s the time-honoured tradition for retired tradies and other ‘handy’ people to spend a few hours a week helping clueless professionals navigate the aisles of vast hardware stores. Or you might prefer to put your skills to work supporting a good cause that’s had a major impact on your personal life – perhaps you lost a loved one to an incurable disease or one of your children was born with a medical condition.

It’s temporary hours without a structured career path but in the sharing economy you can usually take advantage of these opportunities on your own terms. This is making many older Australians look at themselves in the same way as young people do. They become more entrepreneurial by default, because there isn’t the job security that there once was, but that’s just fine thanks very much.

Aussies making a slow transition to retirement
Scroll to top