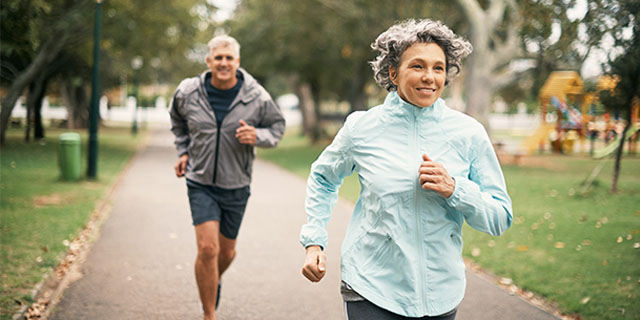 This article originally appeared in The Australian

There was a time, not so long ago, when retirees were happy to be called “retirees” or “seniors”. After all, these older Australians had worked hard, raised a family, paid their taxes, volunteered, done their bit and now it was time for them to enjoy a long, happy and healthy retirement as “retirees”.

Let me assure you that the endgame hasn’t changed — baby boomers (4.7 million born 1946-1963) still want to enjoy a long and happy retirement — it’s just that they don’t want to be ­labelled as, or associated with, anything that includes, well, let’s just refer to the concept as the “r” word.

Shhh. I think he’s referring to the words “retirement”, “retired” and/or “retiree”.

No, no, no we baby boomers aren’t retired. We will never retire. Retirement is for old people. For goodness sake, our parents retired, and they were, like, really old.

I have it on good authority that there is, at this very moment, a cell of revolutionary baby boomers locked away in a safe house, with a whiteboard, workshopping words to replace — by whatever means — expressions such as “retirement” and “retiree” and “senior citizen”.

“They all must go,” says their slightly crazed dear leader. “We must install new words, our words, uplifting words that speak to the kind of people we are and the kind of society we want to create ­beyond the age of 60.”

Plus, being 60-something today, or 70-something or older, isn’t like being this age in previous times. We are healthier, more interested in diet and exercise, we have access to better healthcare. And, because those dillydallying millennials are having kids later in life — baby boomer’s grandkids — there’s the promise of little bundles of grandkid joy to look forward to.

There is no time to be “old” in this world. There’s too much to be done. Plus, baby boomers are confident that older Australians will be soon embraced by the coming social revolution centred around inclusion and diversity.

“What, you mean there is no one in your senior management team who is in their 60s?” “How can that be?” “Does anyone know what a recession looks like?” “Surely, with no representation of older Australians in the decision-making process you are at risk of unconscious bias?”

Baby boomers aren’t old, and neither are they retired; they have moved into the lifestyle stage of the life cycle. You know how KFC is a contraction of the original term Kentucky Fried Chicken — I suspect to hide the f-word (“fried” in case you’re wondering) — then so too should retirement homes shift their wordage selection from retirement to lifestyle.

“We’re moving into a lifestyle community.”

“Oh, how wonderful … that sounds fabulous.”

It is only a matter of time before journalists and social media influencers are admonished for using terms like grey nomads to describe older caravan travellers. Baby boomers are no less enthusiastic caravaners than preceding generations, it’s just that collectively they have been whiteboard-sanitised into the descriptor “adventure travellers” or, better still, “eco-travellers”.

I mean, “grey nomad” suggests an imagery of towelling hats and socks-with-crocs. Whereas the term “eco-traveller” suggests an imagery that is kinda Kathmandu-kitted and whose caravanning travels are purposed to explore the greater good of Gaia (“Earth mother” for those not operating at peak environmental velocity).

I have a theory why baby boomers are inclined to reimagine how life can be lived beyond the age of 60. Yes, it is that they are healthier and better educated than previous generations. But that’s not what’s motivating baby boomers right down to changing the language that is used to describe retirees. It is something deeper, more personal, more fragile, more emotional — it is something that is coming from their heart and soul.

Baby boomers are the first generation of retirees in history to have been witness to their parents’ retirement and ageing. Previous generations of parents died in their 60s, or earlier. They did not grow old as we now grow old. Not only that, but baby boomers have a ­detailed photographic record of their parents aged 60 and 70 and 80. Scratch a baby boomer and poke and prod around this question and you will get the same ­response.

Baby boomers are proud of the way they’re ageing; they are more active, more empowered, and they look better than their parents did at the same stage in life. Boomers are determined to reimagine how life might be lived because they saw how the Depression-generation, their parents’ generation, aged … and they do not want to go there. Hell no, we won’t go! Hell no, we won’t go!

Here’s a photo of dad at 60 at 70 at 80 and here’s what he was doing. Boomers are quietly benchmarking their ageing against the ageing of their parents. They need to know, they want to be told, that they are ageing better, that they are getting more out of life, than their parents did at the same stage in the life cycle.

I have this theory that older men magically as if suddenly possessed by some Ageing Demon from ancient times, go out and buy a rain gauge.

This whole ageing thing can go either of two ways. Either boomers baulk at traditional pathways to ageing. Or they might officially talk the talk, but deep down they cannot resist the allure, the engagement, the visceral thrill of discussing last night’s rainfall with family members. The Ageing Demon from ancient times strikes again. Free advice to Bunnings’ buying department: seek out Guangzhou-made, backyard rain gauges to cash in on the ageing of baby boomer men as they move into that time in life when matters ­meteorological seem to matter most.

There is a sense that baby boomers are indeed entering a lifestyle stage of the life cycle, a window of perhaps a decade or so when their knees and hips are still OK, and they’re trying to cram in as much living as possible. Cruises and travelling, including caravanning, visiting family and helping out here and helping out there, and chalking up projects, and ticking off lists, are all on the active ­retiree’s — oops, sorry — the ­active lifestyler’s later-life agenda. And they feel that they deserve it, they have worked for it, that they have made sacrifices from a young age, but now it is their time, our time, my time. In fact, if there were to be a rallying cry — a cri de coeur — for our whiteboarding boomer cell it wouldn’t be viva la revolucion it would be “it’s my time now”.

And for these lifestylers, these my-time-now aficionados, these older baby boomers determined to make the most of their remaining years — calculated to be: whatever their parents got, plus a bit — the tricky balance is to get things done, to tick things off, before health and finances fail.

The boomers are right now passing through the 60s and the 70s as hip and groovy lifestylers (with a secret lust for rain gauges), but progressively over the 2020s I am sure this generation will work their wordsmith magic on making the “era of the over-80s” sound positively alluring.

Bernard Salt is managing director of The Demographics Group. Research by Paul Kelly.

The trade war is back – what went wrong, what it means for share markets and...

Worry, wellbeing and why more of us work later in life
Scroll to top