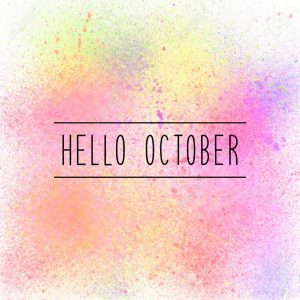 September has been and gone and we are nearly through October! 9 working weeks until Christmas! Hasn’t the year flown by!

With lots of our clients travelling to various parts of Australia, we have been receiving feedback on the devastating effect that the drought is having not only on farmers but also the communities in regional Australia. We would encourage everyone who is thinking about going on a trip, that instead of passing through every town, that they stop in and spend a few dollars which will support the businesses in these towns.

Recently, a few of our clients from the Salvation Army at Bundamba travelled to Mitchell in the state’s west to deliver care packages to 50 farmers in the district. We were told that the farmers and their families were very appreciative of the gifts and also the chance to just talk to someone.

It would appear that we may finally have a resolution to Brexit, which if resolved would remove one of the major influencers on global economic instability. This would leave the US/China trade embargo and ongoing Middle East tensions as the remaining two major disrupters in global sharemarkets. Without a resolution to the US/China trade issue, we expect ongoing volatility in the sharemarkets and returns of between 5-10% over the next 12 months.